This series can be summed up in four words:

Colby gets to hit.

In many more words, I kind of feel a kinship with the Washington Nationals. Washington is, after all, where the Rangers came from. The Nationals themselves are a displaced franchise. And, well, this happened to them:

If any other franchise knows what that feels like, it's those of us hovering around the Texas Rangers. 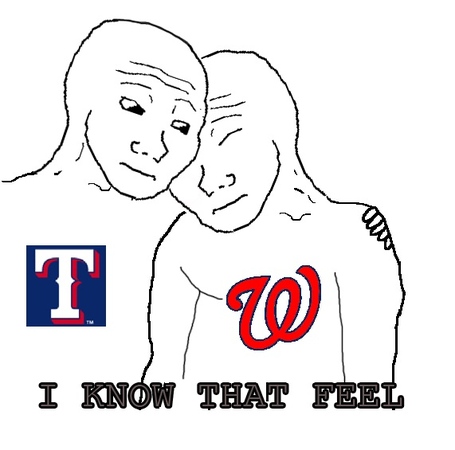 Still, it's been a while since these teams have met. The last time the Rangers played the Nationals was in 2008. It's been so long ago that C.J. Wilson was the team's closer back then. Kevin Millwood was the No. 1 starter. Kason Gabbard wasn't even Darren O'Day yet. Now the Rangers get to face the Nationals to finish up this 11-game road trip with Joakim Soria at closer. Yu Darvish is the ace. And Jurickson Profar isn't even Rougned Odor yet.

Even if the Rangers were to get swept in DC, they'd still head home with a winning record on this trip. Before the Rangers headed out, I'd have taken a 6-5 road trip gladly. Anything else that happens this weekend is pretty much gravy.

Here's a breakdown of the pitching match-ups against the town that gave us the Texas Rangers:

Thoughts: Colby gets to hit! ...against Stephen Strasburg. :(

Big Dick Nick Tepesch is an emotionless killing machine. I know this because he has a goatee.

Thoughts: Yu Darvish just put off starting against the Twins so he could hit against the Nationals. I'm sure of it.

If the name Tanner Roark is at all familiar to you it's probably because Tanner Roark is the guy the Rangers traded to the Nationals for Cristian Guzman during the stretch drive of the 2010 season. We make fun of Jorge Cantu a lot around here but at least he hit the home run that clinched the AL West for the Rangers that year. Cristian Guzman was just actively, aggressively terrible. I guess the chickens were going to come home to roost eventually. 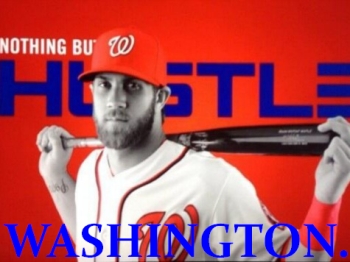 Washington's Recent Results: Swept 2-0 in two-game series at home against the Miami Marlins