The number one source for all your Joe Saunders dread

By ghostofErikThompson@apoplecticfittz Jun 3, 2014, 8:00am CDT

The big news today is the return of Nelson Cruz to Arlington as Nellie's new team -- the Baltimore East Rangers -- opens a series with Texas tonight. With that in mind, Jeff Wilson plays the what-if game and ponders how things might have been if the Rangers had re-signed Cruz.

Gerry Fraley takes it one step further and asks what could have been had Cruz never been suspended last season and also has some nice quotes from Nellie on his return. 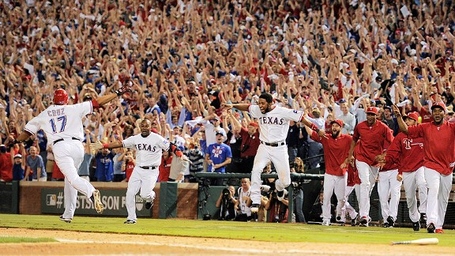 Richard Durrett looks back on the 11-game road trip the Rangers just finished up and wonders just what we learned from the 7-4 finish.

Matt Mosley writes, with a successful road trip, we learned that these Rangers have some hope even amid all the injuries.

The MLB Draft is like 50 hours away so T.R. Sullivan was tasked with previewing the draft for the Rangers.

Raynor also updates the latest on the All-Star vote with all Rangers on the ballot lagging behind the leaders. Let's get Choo into his first All-Star game!

Finally, Yahoo's Big League Stew has an article about Harry Caray that includes this photo: 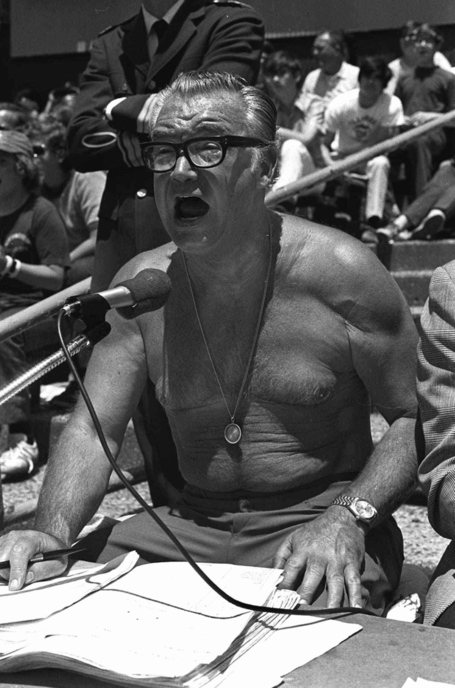 This is how you do it, Busby.

P.S. Mac Engel wrote his latest hack job article and I wanted him to know that I saw the headline about how Rangers fans should boo Cruz because they booed Josh Hamilton but am not going to link the piece on Lone Star Ball. Where does the writer trolling for page views go when page views don't come?