They've taken our Chris Davises, Nellie Cruzes, Darren O'Days, and Tommy Hunters and have given us back their Joe Saunders. That's not exactly even-steven, Baltimore. But since the Orioles called no take-backsies, this is what we're left with. We get to see 2013's best hitter (outside of the Trout/Cabrera division) Chris Davis come back to Texas bringing 2014's best hitter (outside of former Ranger farmhand Edwin Encarnacion) Nelson Cruz in tow. All while the Rangers are rocking Donnie Murphy as the No. 5 hitter in the lineup. Oops.

As for Saunders, he's basically the Lance Berkman of pitchers. I can't stand him. He's a former Angel. He was the key piece in that idiotic Dan Haren trade the Diamondbacks made with Anaheim. He inexplicably beat the Rangers in Arlington, with Yu Darvish on the mound, in that awful inaugural Wild Card game that ended the 2012 season far too prematurely. And now he's a Ranger. Worse though, he seems to think that he really deserves to be a Ranger given his comments while rehabbing in the minors last month.

And the worst truth of all is, given the state of the rotation, he's probably right.

Here's a breakdown of the pitching match-ups against the birds from Bodymore, Murdaland:

Thoughts: Ubaldo Jimenez was kind of like the consolation prize for teams missing out on Masahiro Tanaka and I really wanted the Rangers to sign him for cheap to avoid things like ever having to see Joe Saunders pitch in a Ranger uniform. That isn't to say Jimenez has been great or anything, but if I played daily Fantasy Baseball, I'd bet everything I own against Joe Saunders every time he pitched.

This is also Saunders' first start in Arlington this season and other than that dumb game in October a few years back, he's been atrocious at The Ballpark. Then again, that was before it became the pitchers' haven it is today.

Thoughts: If I believed that runs could still be scored at The Ballpark anymore, this would be a game to earmark for double-digits and maybe a little half price pizza. Nick Martinez is a guy getting by at the bottom of a broken rotation while he probably should be in Double-A and Bud Norris is and will forever be a 100-loss era Houston Astro at heart. With that said, I fully anticipate the 1-0 in 14 innings final score.

Miguel Gonzalez, on the other hand, is sort of the model of consistency out there. In his last three starts, he's gone six innings, six innings, and 6 2/3 innings while allowing two runs, two runs, and two runs. Over the season, wouldn't you know it, he's averaging around six innings per start while allowing 2.7 runs. And yet, Miguel Gonzalez makes me laugh because his pitching arm is like four times as big as his other arm: 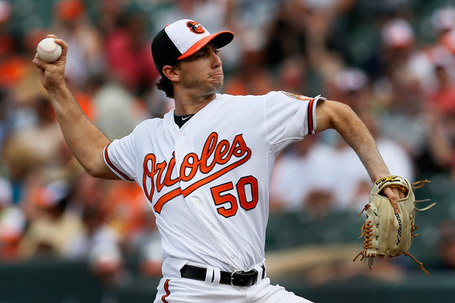 He's basically Freddy Rodriguez in Lady in the Water. 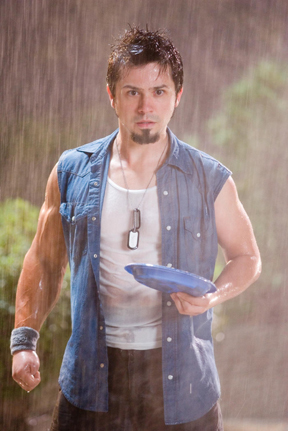 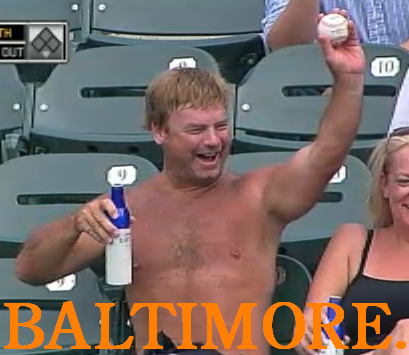