This is the worst kind of series. By that I mean it's a series where Yu Darvish isn't scheduled to pitch. But if you're a fan of slightly underrated rad ace pitchers, the good news is Chris Sale is scheduled to pitch in this series.

I've written before, and I'll write it again right now, but every time I've seen Chris Sale pitch, he's looked like the human being that is least likely to ever allow a hit on the planet. Look at this: 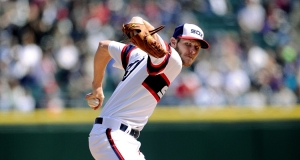 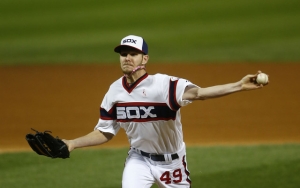 And then you've suddenly got this:

It's all elbows and terror and Chris Sale is like a spider who learned to pitch. It's horrifying. He's like an emaciated left-handed Brandon McCarthy with Randy Johnson action. I'm afraid of him. He looks like a scary bird. And I'm afraid for him because I don't know how a human body is able to do the things Chris Sale does with his. I know the consensus view is eventually Chris Sale is going to throw a pitch and his arm is going to go flying off into the stratosphere, but until that happens, he's pretty great at flinging baseballs with his ghastly, fragile appendage.

I guess I say Chris Sale is slightly underrated because, besides being amazing (He's been probably the second or third best pitcher in the American League this season in a year where you can't count King Felix as King Felix has ascended to the level of man-god or something), it took a Final Vote campaign for Sale to be selected to the All-Star Game.

So, while we don't get to see Yu Darvish pitch over the next few days, we do get to see Chris Sale pitch. Unfortunately, he pitches for the White Sox. Were it a guarantee that Chris Sale could remain healthy, I'd trade just about anything for him to be a Ranger. Mostly because I just don't understand how anyone ever hits a small little round thing with a little piece of wood that comes out of this: 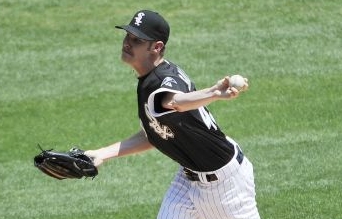 Here's a breakdown of the pitching match-ups against the slingers from the south side:

Thoughts: I honestly can't think of a worse 2014 pitching match-up. It's a guy who should be pitching in Frisco vs a guy so bad the 2014 Rangers released him. That's right, in case you forgot, Hector Noesi was once on the 2014 Rangers. In fact, his worst appearance as a Ranger came against these White Sox when he allowed seven runs in an inning of work.

Thoughts: Maybe, just maybe, Colby Lewis is getting it back. He's got his K/9 rate over seven, his BB/9 rate is under three, his BABIP is below .400 and he's allowed three or fewer runs in every start in a month barring that atrocious start against the Angels where he allowed 11 runs. Maybe Colby is figuring out how to pitch with a bionic hip.

Brandon McCarthy has been better than John Danks for several years now including this season. JD WAS RIGHT!!

As for Chris Sale, I mean, look at him! 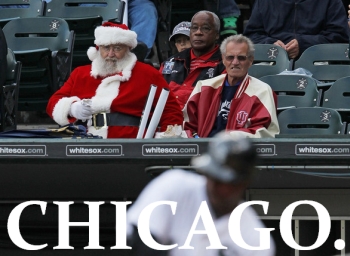 Rangers' Record vs. Chicago: 2-1 (All at The Ballpark)