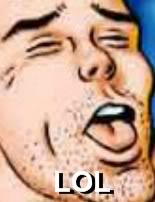 Let me set the scene: A's leading 1-0 heading into the 9th after scoring zero runs with the bases loaded and no outs in the bottom of the 8th. Jeff Samardzija went eight strong shutout innings but as he is a mercenary former Cubs starter so we all know how this would turn out.

Leonys Martín popped out to right

Rougned Odor flied out to right

And that's how the Rangers won their fifth straight game and this series against the A's as Oakland desperately clings to the final playoff spot in the American League. Tank be damned for one night (Colorado won 16-2 earlier today anyway). This was hilarious.