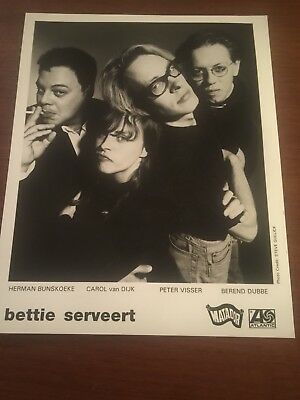 \The story begins when Vancouver-born, Netherlands-reared Carol van Dyk was hired as the live-sound mixer for the celebrated underground band de Artsen (the Doctors). Herman Bunskoeke and Peter Visser were already members, Berend Dubbe was their roadie and the musical side project in which all four friends participated became Bettie Serveert. (Since you ask, the name means "Bettie to serve" after Dutch tennis player Bettie Stöve, who lost the Wimbledon Ladies Final in 1977).

Lamprey and Dust Bunnies followed, just as good but in CD form released in that damned Digipak format.

Time passed, stuff happened, then much later Schoollly saw BETTIE SERVEERT live at Stubb's indoors on this day in 2010. Yes, the night of 2010 ALCS Game 5, Rangers @ .Yankees. (We lost that game but won the series, obviously.) Grabbed a Set List, of course, below.

Carol van Dyk's dimples are as deep and thrilling as any fjord in Holland, and she has one of those natural, Karen Carpenter-ish voices. Listen to her navigate "Tomboy" and try to place "where in the US" she's from (smile). 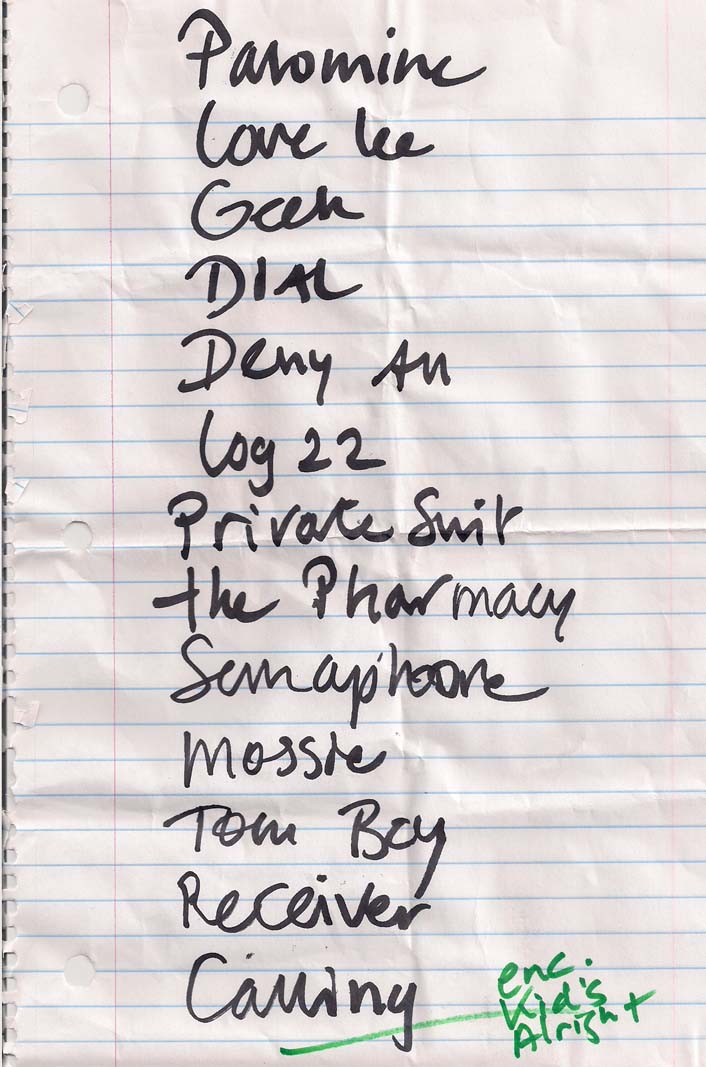