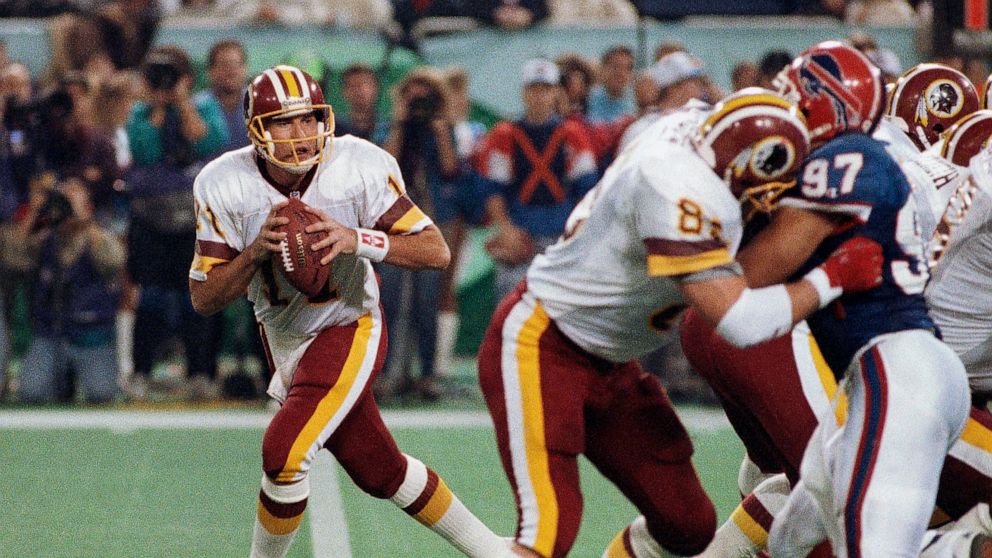 Mark Robert Rypien (born October 2, 1962) is a Canadian-born former American football quarterback who played 14 seasons in the National Football League (NFL). He played college football at Washington State and was drafted by the Washington Redskins in the sixth round of the 1986 NFL Draft. He was the first Canadian-born quarterback to both start in the NFL and be named Super Bowl MVP, doing so in Super Bowl XXVI with the Redskins. He also played for several other NFL teams. His nephew Brett has also played in the NFL.