It's no secret that the Texas Rangers have struggled to develop above-average regulars the last few years. Really, ever since the halcyon days of the 2010 and '11 World Series teams, the Rangers haven't had a lot of stars, or even decent players, emerge from their farm system.

A lot of their success in 2015 and '16 was thanks to darling free agents like Beltre and Choo, and a good deal of luck in one-run games. Since losing to the Blue Jays in 2016, the Rangers have been either treading water or drowning but look to be finally emerging from their hibernation in 2022.

It was a known problem that the Rangers struggled to develop players, and the front office changed their drafting and development in 2019 after years of middling results. It remains to be seen how this change will pan out, as it takes at least 5 years to get a good handle on how drafted players, both international and amateur, are developing.

However, it's still fun to see how the Rangers compare at developing regulars compared to the rest of the league. Without further ado, here's: 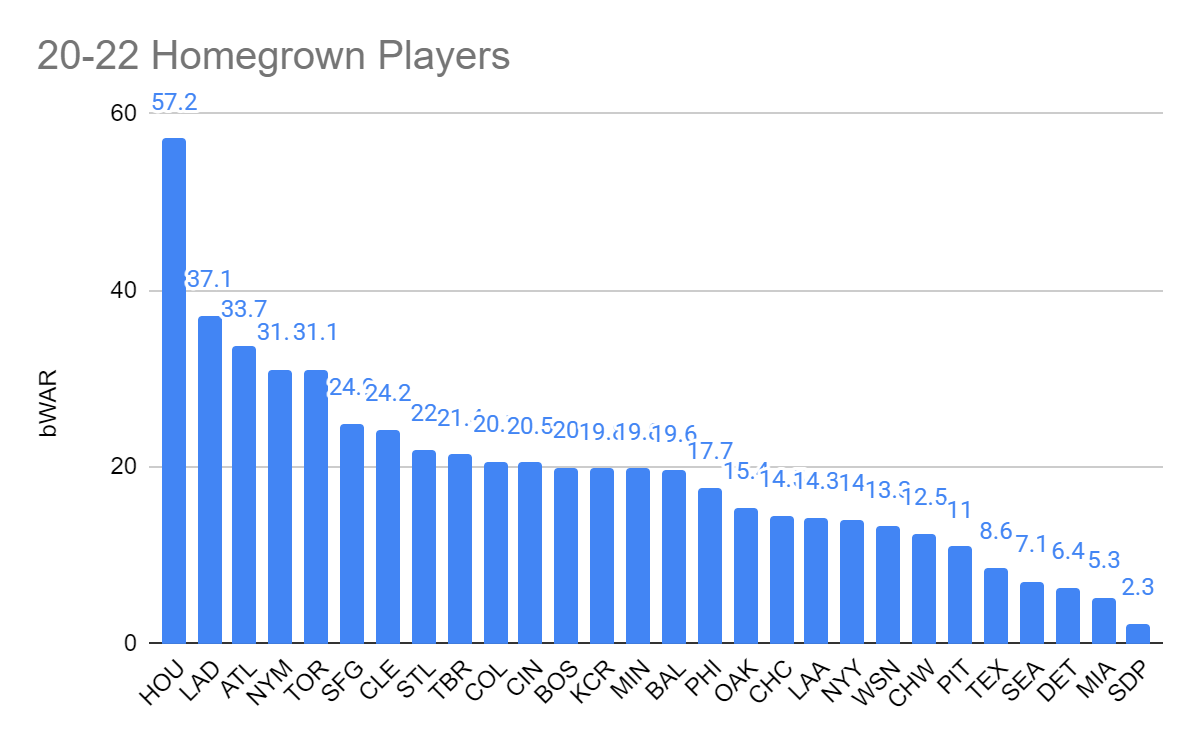 I added up all WAR accumulated by both pitchers and hitters by each team from 2020-22. Then I removed any seasons of 2 bWAR or less (1 bWAR for 2020). I wanted to only look at each organization’s ability to develop above-average regulars, not role players. Then, I removed all players who weren’t either amateur free agents or international draftees.

To the surprise of no one, Houston has dominated. Houston has almost 60 bWAR accumulated by homegrown players, both foreign and domestic, dwarfing LAD’s 37.1.

I should note some limitations: successful teams are built differently. For example, the Padres, who have been successful since 2020 are dead last by the above metric. However, they’ve accumulated lots of bWAR by free agents and traded players like Tatis and Paddack.

Many teams acquire far away, lotto ticket pieces like Tatis jr and turn them into regulars. Internal player development success can be determined depending on the level a player is at when traded. Many of the Ranger's best traded acquisitions, like Lowe, Heim, and Dunning, were already developed when the Rangers acquired them, so the player development staff can’t really take credit for those players.

Next, let's see if this method of identifying regulars correlates to a team’s overall success. 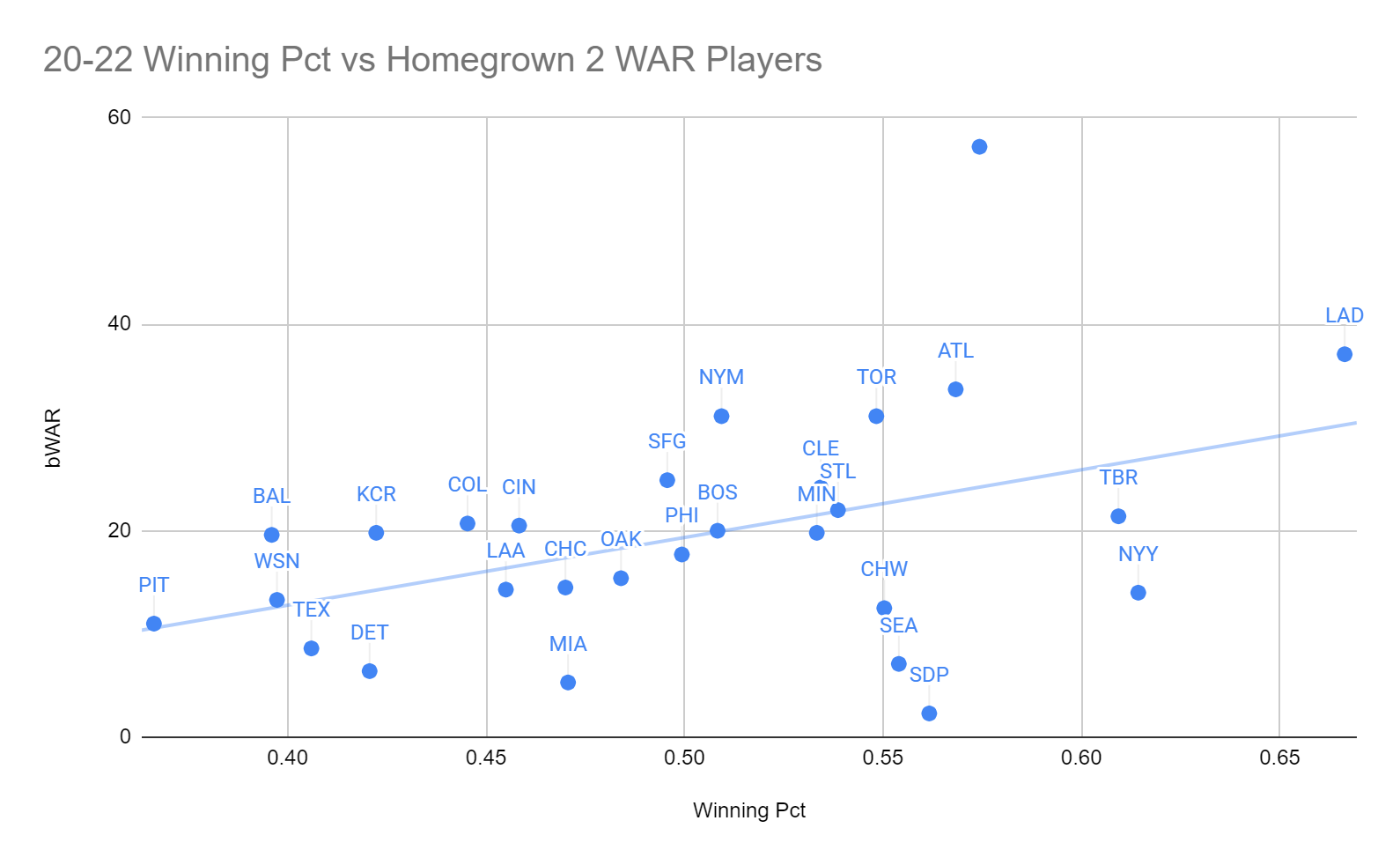 The dot at the very top is Houston, as some discerning readers can likely surmise. For the most part, the correlation is pretty strong, with both Houston and San Diego being the biggest outliers. San Diego because so many of their regulars were acquired through trade, and Houston because Saraswati, goddess of knowledge, creativity and speech, works for their front office.

One more note is that Texas was definitely not trying to compete for most of this time frame. They spent most of ‘20 and ‘21 trading anything that wasn’t nailed down. This study also doesn’t reflect on the current player development staff or front office. As noted, the staff changed philosophies in 2019 and player development results can take at least 5 years. However, it would be prudent to revisit this exercise in 2024 to see if the new drafting and development philosophies are paying off.